2022 sees the return of the general public to the top appointments of motorsport and music in Imola. The Municipality, in collaboration with Terre & Motori has launched an important project for the promotion and communication of major national and international events: “The Sound of Imola“. An opportunity to restart to celebrate and tell, to bring visibility to all the territories involved, namely the 23 Municipalities belonging to Con.Ami and the Metropolitan City of Bologna.

The Sound of Imola wants to represent the two souls that make up the beating heart of the city: music and engines. The roar of a Formula 1 engine, the silent and harmonious sound of an electric car, the solo of a guitar on stage, the thunderous applause of the audience: these are all sounds that immediately recall an emotion, a passion, a ‘unique experience. The unforgettable sound of an event in Imola. The heart of the restart will be theEnzo and Dino Ferrari International Circuitwhich will host 11 major unmissable events, including races and concerts. But the whole city will be involved in the project and will wear the characteristic Imola sound. The communication project, entrusted to the MOAB agency, takes the form of set-ups, city-dressing and activities to enhance a single large calendar that brings together all the major events to be held in the city of Imola, from April to October 2022. 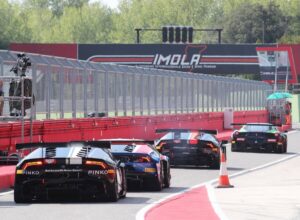 The offline campaign foresees the dressing of the city, guarding the most strategic points in terms of contact and visibility: motorway exit, routes and access areas to the center and the racetrack, pedestrian areas. The first intervention, which will start from 1 April and will remain throughout 2022, is the installation of a 5 × 5 meter cube structure located at the exit of the A14 motorway. One of the four sides will change over time, bringing back the poster of the closest event. In the others, however, there will be the entire calendar of events and the logos of the partners and promoters of the show. The project will also be communicated through social networks and institutional and tourist web portals, and “phygital” operations. As of March 31, 2022, i Instagram and Facebook profiles The Sound of Imolawhich will represent the digital showcase of the events calendar, and the web page at www.thesoundofimola.com

In addition, a The Sound of Imola playlist with a selection of songs by the great artists who played in Imola. Podcasts and interviews dedicated to the protagonists of the various events will be periodically included in the playlist. It will also be converted into Spotify Code which will then be reproduced on offline communication materials: by framing them you will access the SOUND OF IMOLA. The campaign will also be supported and promoted through the digital channels and communication tools of all institutional actors, promotion bodies, associations and operators in the Territory: Emilia-Romagna Region, APT, Municipality of Imola, Imola Autodrome, With.Ami, Terre & Motori; the Motor Valley association, Bologna-Modena Tourist Territory, Metropolitan City of Bologna, Bologna Welcome, IF ImolaFaenza Tourism Company. 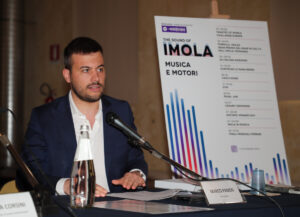 “Today we are presenting an ambitious project for the promotion and communication of a series of events that have Imola as their stage, but which due to their great importance are able to guarantee attractiveness and visibility to a much wider territory: from Terre & Motori, with the 23 Municipalities of the Con.Ami and the Metropolitan City of Bologna, in Emilia-Romagna – points out Marco Panieri, mayor of Imola -. This is possible thanks to a very strong institutional synergy, in a context in which the Motor Valley is a driving force for the economy and for growth, together with sport, culture and food. The project focuses on marketing territorial, which through Terre & Motori aims to enhance an area that has the Via Emilia as its main theme and which represents an excellence of Made in Italy. The project connects motor sport and music, including the excellences of Imola, such as the Accademia Foundation ‘Incontri col Maestro’, the Vassura Baroncini municipal music school and the Banda Città di Imola, which this year celebrates its 200th anniversary. The Sound of Imola thus becomes an identity trait of a territory that opens up to the world, to give a strong signal of restart, in the wake of its vocation to hospitality“. 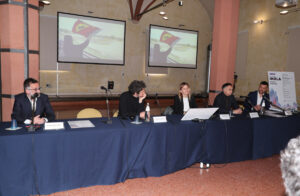 “In a moment of restart like the one we are experiencing today, a calendar of initiatives of this magnitude is really a good omen for the tourist attraction and for the economy in our region. – he claims Andrea Corsini, Councilor for Tourism of the Emilia-Romagna Region – Emilia-Romagna is historically a land of motors, but it is also characterized by a long musical tradition, from songwriters to conductors. After the Motor Valley we therefore intend to build another project, the Music Valley, which holds together all the various types of music, from contemporary to opera: music can truly represent an element of great tourist, economic and cultural attraction, on which we want bet“. 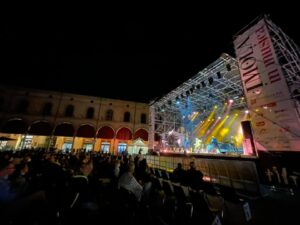 “Through the communication project The Sound Of Imola we have the opportunity to systematize the communication of our territory, through the promotion of the major national and international events that we will host in Imola. – explains Elena Penazzi, Councilor for the Autodrome, Major Events, Tourism of the Municipality of Imola -. YupI am sure that the visibility, starting from this weekend until the end of October, will bring thousands of people to discover the beauties of all the Municipalities that are part of Terre & Motori, involved in these activities. Those who arrive in Imola for F1, discovering the 2022 calendar of The Sound of Imola, will probably want to return, perhaps for a great concert or for Minardi day, or even for the Ferrari World Finals in October. The racetrack, the true protagonist of the Sound of Imola, is a huge multifunctional container and 2022 is only the start of what we want to be a program for the next few years, to the advantage of tourism and the attractiveness of our territories. We will also launch, through the events of The Sound of Imola, two studies on the impacts of the racetrack: economic impact and environmental impact of major events, which will help us shape future choices as well.“. 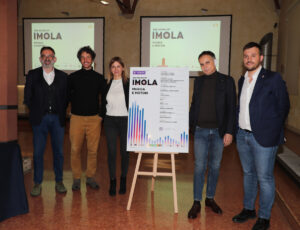 “Never before has the calendar of the Enzo and Dino Ferrari International Circuit been full of sounds like this year. From the great motorsport events, led by Formula 1, to the unmissable concerts by Vasco Rossi, Pearl Jam and Cesare Cremonini, these sounds will make the name of Imola echo worldwide. – he comments Pietro Benvenuti, director of the circuit – This is why I am enthusiastic about “Sound of Imola”, a project that will make our territory even more known thanks to these fantastic events. I would like to underline how the ability to work as a team leads to such prestigious results and in this regard I would like to thank the Emilia-Romagna Region, APT, Municipality of Imola, CON.AMI, Terre & Motori, the Motor Valley association and the Tourist Destinations, Metropolitan City of Bologna, Bologna Welcome, IF ImolaFaenza Tourism Company for having contributed significantly to the birth of this project“. 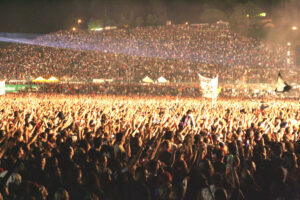 “The Sound of Imola has the characteristics of a large amplifier capable of expanding the resonance echo of what will be an important restart season – highlights Fabio Bacchilega, president of Con.Ami -. In fact, a priority element for us is the opportunity to generate through the 2022 calendar of the major events scheduled in Imola a continuous flow of opportunities, synergies and participation capable of enhancing the entire economic, hospitality, cultural and social fabric of the basin. Of reference. Also from the point of view of image, communication, branding and entertainment. The distinctive symbol of coordinated planning that from the pertinent territory faces with pride and a sense of belonging to the rest of Italy and to the world“. 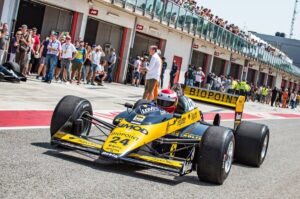 “The Imola racetrack is one of the beating hearts of the sporting and musical culture of the Region and of the metropolitan city of Bologna. It is no coincidence that its rebirth coincided with the birth of what we now call Sport Valley – declares Mattia Santori, president of the Bologna-Modena Tourist Territory -. We are grateful to the Municipality of Imola for this busy calendar of events, as a Tourist Territory we will continue to work in synergy to make the most of it“.